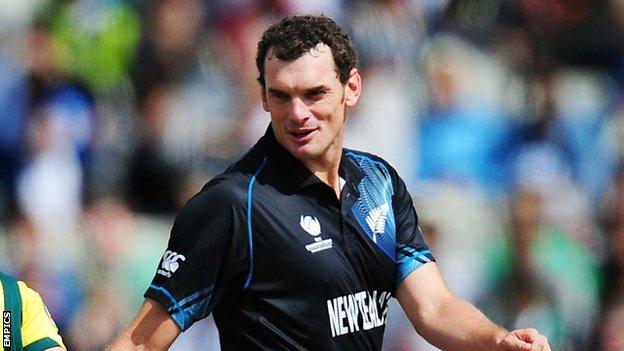 The 34-year-old will be available to make his debut against Kent on Friday after playing in two T20 internationals against England.

Middlesex's managing director of cricket Angus Fraser said: "During the Champions Trophy he highlighted what a high quality white-ball bowler he is.

"Kyle will bring experience and quality to our attack."

Mills, who has featured for Kings XI Punjab and Mumbai Indians in the Indian Premier League, has taken 35 wickets in as many T20 international appearances at an average of 29.40 and has an economy rate of 8.32.

Fraser added: "His presence also allows the club to manage the workload of a bowling attack that is competing in all three domestic tournaments.

"Ideally, we want to keep our fast bowers as fresh as we can."

Mills will be Middlesex's second overseas players for the tournament following the signing of Australia batsman Adam Voges earlier this year.