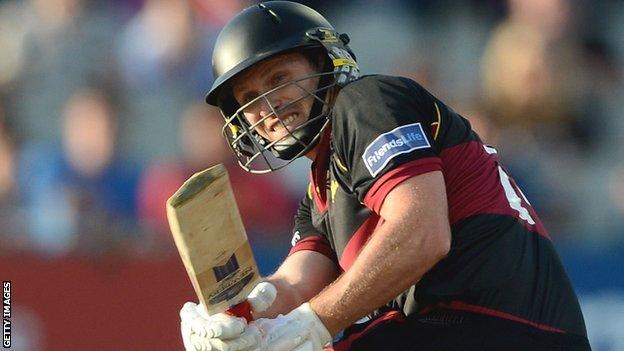 Gordon Muchall's unbeaten 44 helped Durham to a dramatic last-over victory at Yorkshire in the FL t20.

The visitors, without Paul Collingwood who injured his thumb in the field, started well with Phil Mustard's 59, before Muchall helped them to 147-6.

He took 15 off the penultimate over from Plunkett and, despite Pringle being run out in the final over, Michael Richardson scored five from two balls off Ryan Sidebottom to win it with one delivery remaining.

Earlier, Yorkshire had looked well set after Gale hit seven fours in a 25-ball innings, but a spell of only 50 runs in 10 overs proved their downfall.

Plunkett hit two sixes and two fours in his 16-ball innings but it proved not to be enough.

Durham captain Collingwood took a blow to his right thumb when taking a sharp caught and bowled chance which got rid of Dan Hodgson.