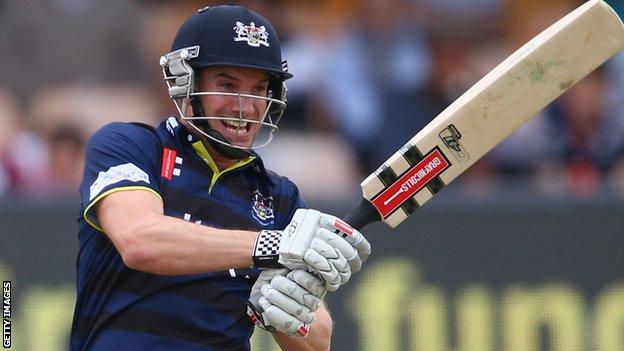 Gloucestershire skipper Michael Klinger hit the first T20 century of the summer as they beat Worcestershire by 48 runs.

The Australian struck five sixes and nine fours in an unbeaten 108 off only 64 balls to see the home side to 184-5.

Klinger's compatriot Dan Christian then took the key wicket of Sri Lankan Thilan Samaraweera as Worcestershire made a poor start in reply.

Shantry was the pick of the Worcestershire attack, taking 2-14 from his four overs.

The result meant Worcestershire have lost two out of two so far in the competition, but they now have a week to regroup before next Sunday's return match against the Gladiators at New Road.