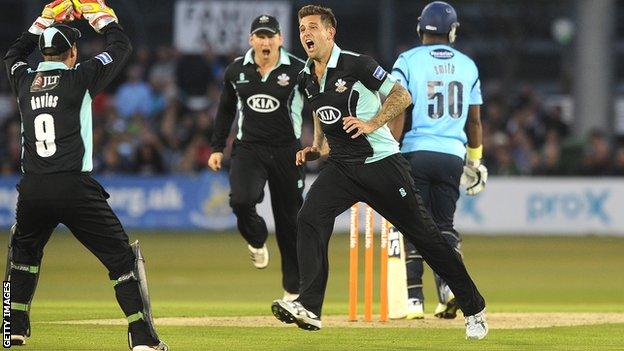 England Twenty20 bowler Jade Dernbach held his nerve to inspire Surrey to a 10-run victory over Sussex at Hove.

Despite slipping to 81-4 in reply, Sussex looked in control, especially when Styris smashed three sixes in a 24-ball innings.

But his dismissal with 14 balls remaining began the home's side demise, and brilliant bowling from Dernbach and Mahmood, who conceded three runs from the penultimate over, ensured Surrey made amends for Wednesday's defeat by Hampshire.