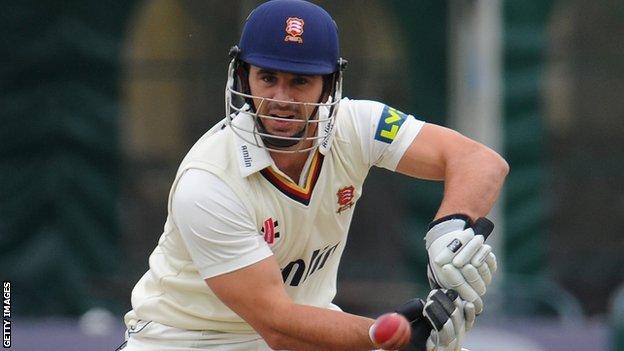 came after the humiliating

"I told the players that this was a massive day in our four-day cricket," Grayson told BBC Essex.

"All we can do is keep chipping away and one or two people may be looking over their shoulders in a few weeks."

Essex moved up to fourth, 17 points off the promotion places, after beating Leicestershire in a game in which Ryan ten Doeschaete showed he is hitting a rich vein of form.

The 32-year-old all-rounder, scored 77 runs across the two innings and finished Leicestershire's second innings with bowling figures of 4-28.

"He deserved his wickets and was unlucky not to get five," said Grayson, who now turns his attention to Friday's Twenty20 opener against Hampshire.

"He's confident at the moment, he's in a good place with his cricket.

"There's one or two people hitting some really good form for the important stages of the season."