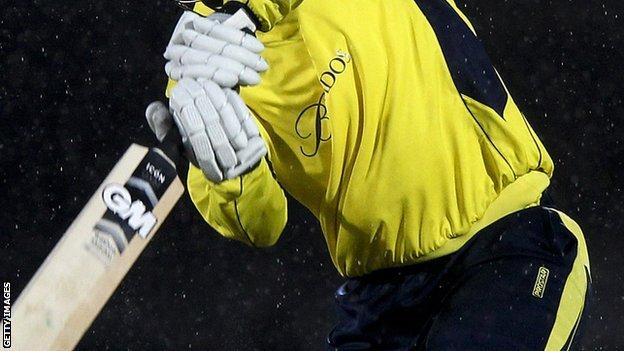 Essex and Hampshire's FL t20 clash was abandoned after only 13 balls were bowled at Chelmsford.

Rain initially reduced the game to 11 overs per side, Hampshire winning the toss and putting the hosts into bat.

New Zealander Hamish Rutherford hit two sixes as he took 14 from the opening over by Dimitri Mascarenhas.

Sohail Tanvir dismissed Tom Westley for a second-ball duck but further rain ruined the encounter, both sides having to settle for a point.