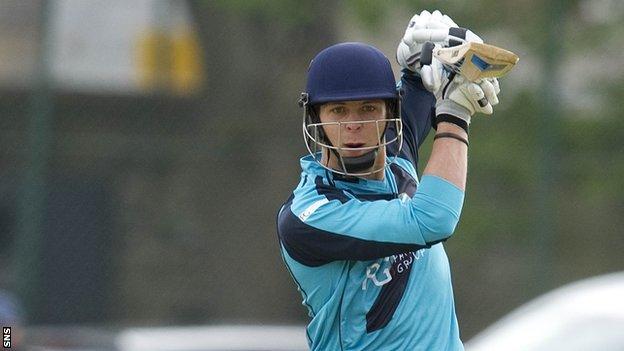 Batsman Freddie Coleman is the only new face for Scotland in their squad to face Kenya in the World Cricket League.

Coleman, 21, has impressed in recent matches for the Saltires in the Yorkshire Bank 40.

The Scots face two WCL matches against Kenya as they look to claim one of the two automatic qualifying spots for the 2015 World Cup in Australia.

Following those matches, the teams will play in two Twenty20 matches and an Intercontinental Cup match.

The in-form Kyle Coetzer will captain the WCL squad after scoring a 219 for county side Northamptonshire against Leicestershire.

Seamers Alasdair Evans and Dewald Nel feature in the Intercontinental Cup squad, captained by Preston Mommsen, alongside Craig Wallace, who has performed well for Durham's second 11.

The squad for the T20 matches, which count towards the ICC T20 rankings, has yet to be announced.

The matches will take place at Aberdeen's Mannofield ground.