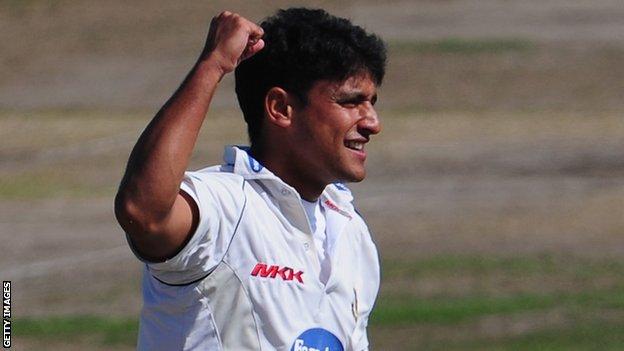 Somerset have signed Pakistan's Yasir Arafat as their second overseas player for this season's Twenty20 campaign.

The 31-year-old all-rounder has had similar spells with Lancashire, Sussex, Kent and Surrey.

"He's a front line bowler with specific T20 skills and has proven results in all parts of the world," said director of cricket Dave Nosworthy.

"It has been a long process to find an ideal and available player who could remain with us for the entire competition and create the right impact."

Alviro Petersen became Somerset's first overseas signing in April and the South African is available in all formats.

The Taunton outfit begin their FL t20 campaign with a home match against Gloucestershire on Friday, 5 July.

Arafat, who has played in three Tests and 13 T20 Internationals, added: "Somerset are a county that have always done well in the competition and I look forward to contributing to further success and playing in front of a great crowd at Taunton."