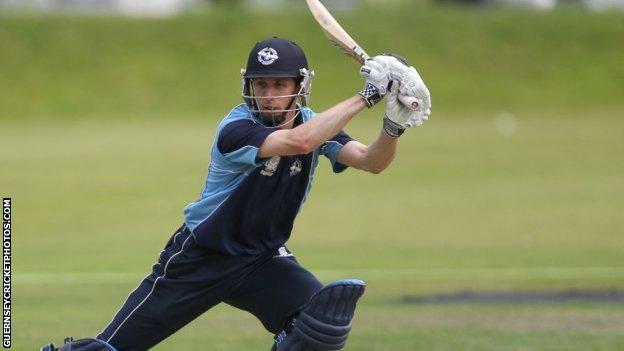 Ollie Newey celebrated his call-up to the Guernsey squad by hitting a century for Cobo Tigers against Miton Optimal in the Weekend League.

Newey has been ratified by the ICC to replace Tim Ravenscroft in the European T20 Division One tournament in July.

"They say every cloud has a silver lining," said Guernsey director of cricket Nic Pothas.

"I speak for all when I say that we are ecstatic for a top guy who has worked extremely hard this year."

The all-rounder made an unbeaten on 138 as the Tigers chased down their target, reaching 259-4 to win by six wickets.

In the day's other match, Tom Nightingale took 4-16 as Odey ORs were bowled out for 85 by 2mi Wanderers.

In reply, the Wanderers only lost three wickets as they sealed an emphatic win at Port Soif.