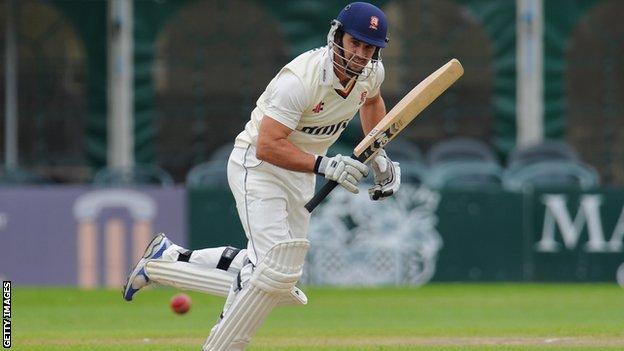 Ten Doeschate took 4-28 to restrict the hosts to 214 in their second innings, leaving Essex a victory target of 161.

He came in with the visitors wobbling on 79-5 and shared a sixth-wicket stand of 66 with James Foster (42).

And he was there at the close on an unbeaten 37 as Graham Napier hit the winning runs with a boundary.

The win may have been made slightly more comfortable for Essex if the final two Leicestershire wickets had not added 79.

Number eight Jigar Naik was not out on 47 and shared partnerships of 43 with former England bowler Matthew Hoggard (24) and then 36 with Alex Wyatt (17) after the hosts had been struggling on 135-8.