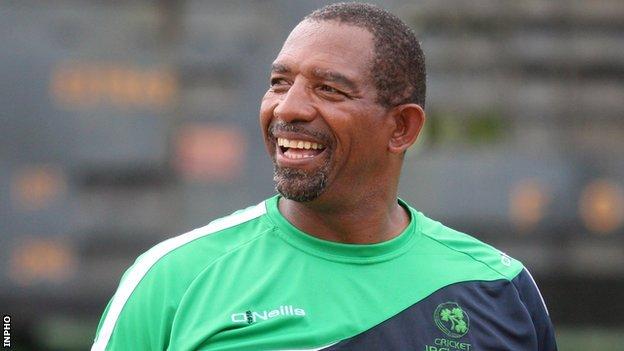 Ireland have named an unchanged squad for the crucial World Cup qualifiers against the Netherlands next month.

Two wins in Amsterdam would secure automatic qualification for the 2015 World Cup in Australia and New Zealand.

"Without a doubt these matches are the most crucial we'll play this year," said Ireland coach Phil Simmons.

"While it's always fantastic to have fixtures against Full Members, qualification for global tournaments is the main goal.

"It's vital we keep performing on the world stage and show everyone just how far Irish cricket has come."

Ireland also currently top the InterContinental Cup table and will be hoping to beat the Dutch at Deventer on 1-4 July, which would secure a final place in the UAE in December.