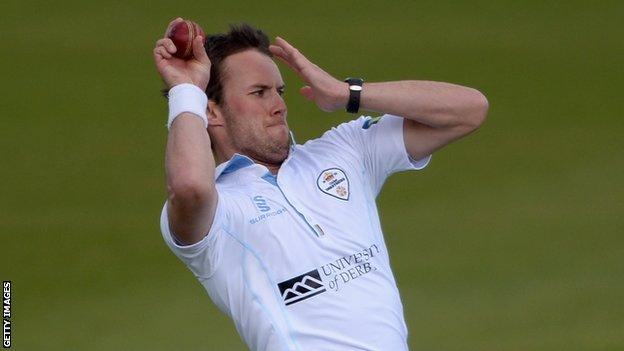 Somerset were 180-6 when play began after tea but offered scant resistance.

And although Steven Kirby dismissed Chesney Hughes and Wayne Madsen as Derbyshire struggled to 36-2, the hosts led by 86 runs at the close of play.