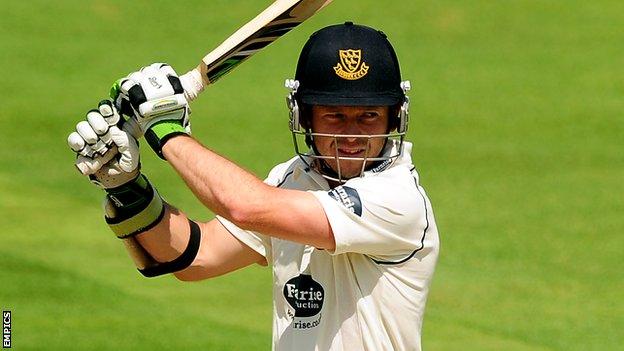 Ed Joyce scored an unbeaten century as Sussex racked up the runs on day two against Nottinghamshire at Trent Bridge.

Beginning on 91-1, Chris Nash added one run to his overnight score to depart for 46 and with Michael Yardy going for 35 it looked to be an even contest.

Matt Prior managed 30 before Rory Hamilton-Brown met Joyce at the crease and left the Notts attack toiling.

Joyce was undefeated on 129 at the close while Hamilton-Brown made a fluent 77 not out off 105 balls.

Luke Fletcher was the pick of the bowlers for Notts, having Nash caught behind and then trapping Prior in front to end with figures of 2-70.