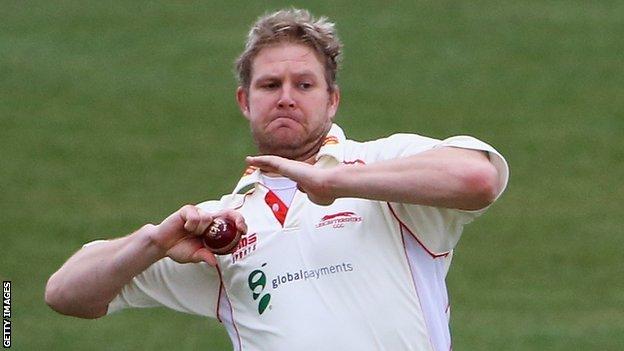 The hosts, resuming on 268-7, could only add 34 to their overnight total, but Hoggard tore through the Essex top order to leave them 28-4 at one stage.

The 36-year-old removed openers Tom Westley (11) and Jaik Mickleburgh (10) before taking Nicholas Browne for a duck and Owais Shah for one.

Mark Pettini led a recovery but fell lbw to Alex Wyatt on 72.

Pettini, who scored his first half-century of the season, had put on a fifth-wicket partnership of 85 with Ryan ten Doeschaete, before the Netherlands international was caught off Wyatt on 40.

Captain James Foster moved on to 45 and remains at the crease with Graham Napier, who has four.