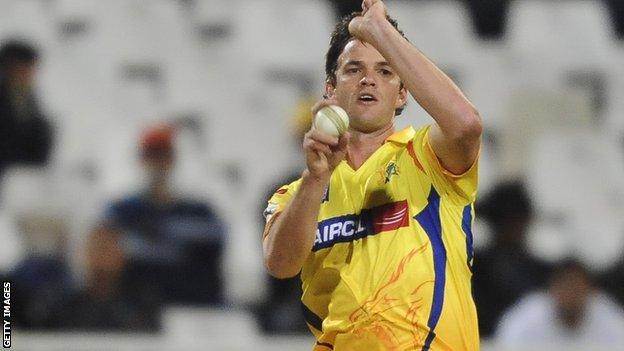 The 32-year-old will be available for nine of Derbyshire's 10 FL t20 games.

"Albie's track record with bat and ball is proven and he has played T20 cricket at the highest level all over the world," said head coach Karl Krikken.

"Our members and supporters can look forward to seeing an explosive batsman who can also bowl with good pace and control, potentially at the death.

"He will play a key role in the side and we are all looking forward to welcoming him for what looks like an exciting Twenty20 campaign."

West Indies batsman Shivnarine Chanderpaul is Derbyshire's other overseas player, having signed for the county to play in all formats of the game on a two-year contract in January.