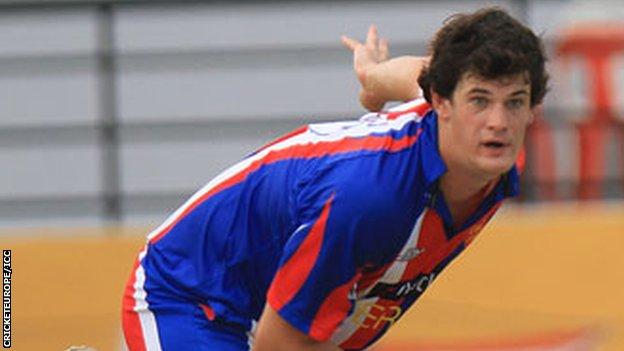 Jersey have named their 14-man squad for the in Sussex.

"It would be huge for the island, a fantastic achievement."

The two finalists of the event go through to the global qualifying round for the ICC Twenty20 World Cup in the United Arab Emirates in the autumn, with Jersey narrowly missing out in 2011 when they

The island team are after he was ruled ineligible by the ICC.

"Dean would have been there had he been eligible," added Minty.

"The average age is around 22 or 23 and so it bodes very well for the future.

"It's not a worry about their youth, they've been together throughout the season, they've played against the MCC and Cornwall fine.

"We looked at them at the end of last season and played last Friday and so their youthfulness will stand them and us in very good stead."