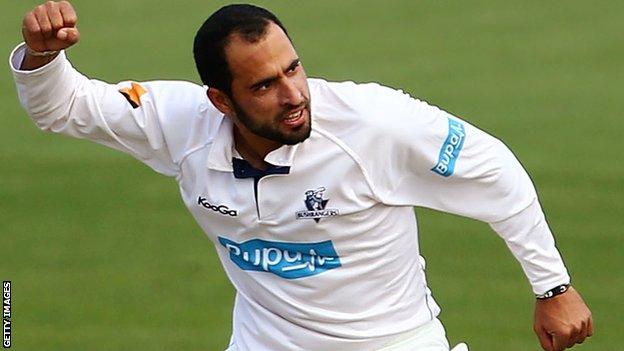 Spinner Fawad Ahmed, tipped to be in Australia's squad to face England, has been named on the A tour which takes place at the same time as the Ashes.

Pakistan-born Fawad, 31, sought refuge in Australia in 2010 after saying he was being persecuted by the Taliban.

His passport application should be fast-tracked in time for the Ashes series, which begins on 10 July, in case he is called up as a replacement.

National selector John Inverarity said: "Should replacements be required for the Ashes tour, these players will be playing in a similar time zone during this time."

Although he is yet to be awarded an Australian passport, Fawad has played for Australia A in their tour match against Ireland in Belfast.

Inverarity had earlier this week told Test Match Special that Fawad was being considered for the first Test, but conceded it would be difficult for him to displace Nathan Lyon, the only other spinner in the Australia squad.