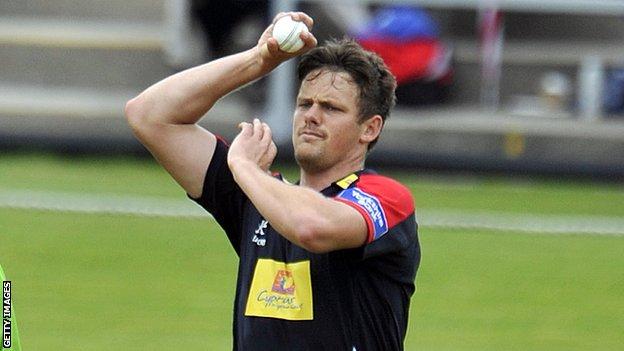 Wayne White hopes his previous success in the FL t20 will inspire Lancashire to a first victory in the competition.

"I've enjoyed the tournaments we've done well in at Leicestershire. It's new scenery, a new gameplan and I'm looking forward to it," said White.

who were beaten finalists in 2005 and have appeared in three further semi-finals.

The 2012 tournament ended in disappointment for the Red Rose county, who were having been involved in several rain-affected matches.

They begin this season's campaign at Durham on Friday.

White, 27, told BBC Radio Manchester: "Anyone can win a game in this format. One good over can turn the whole game.

"We [Leicestershire] were lucky that year [2011] because we batted really deep and one person stood up in every game and won us a game.

"You need a lot of contributions from different people and a good gameplan that goes well on good and bad days."

Lancashire will welcome who impressed for the Kiwis during the recent Champions Trophy and previously their one-day series win against England, into their squad for the FL t20 competition.

Captain Glen Chapple said: "He bowls at the death for a very good one-day team and he's got a good recent record.

"From what I've seen of him on television, he looks like a really good signing for us, and I'm sure he'll be keen to do well."