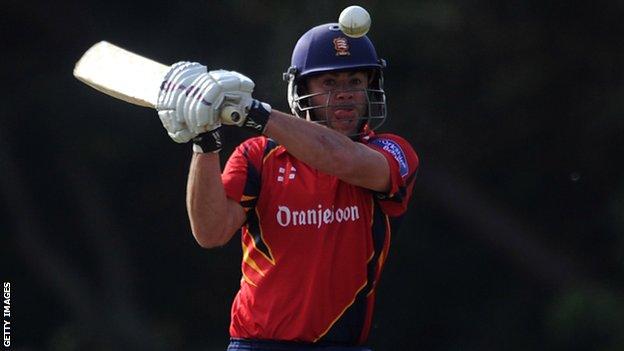 Lancashire returned to Chelmsford for 40-over action, two days after bowling Essex out for 20 runs.

"I'm more annoyed by this loss than Friday, which was a freak result. I'm really annoyed about how we played," Grayson told BBC Essex.

"One or two of the guys have got to take responsibility."

Essex in the standings

Essex were humiliated in their Division Two match with Lancashire last week, registering their lowest ever first-class score and losing by an innings and 105 runs.

And while Sunday's defeat was not as straightforward, the Chelmsford club once again struggled with the bat, reaching 166 all out in reply to the visitors' 230-8.

"We batted OK, too slow though and we put ourselves under pressure," continued Grayson.

"I think it's a mindset. I see them in nets and everyone is striking the ball well.

"Most of the guys look in good form. I wouldn't say confidence is a thing. Just a lack of thinking."

Essex return to County Championship action against Leicestershire on Friday, but expect opening batsman Hamish Rutherford to be unavailable when he links up with the New Zealand Twenty20 squad for fixtures in England later this month.

"We'd like to keep a consistent batting order, but we have to live with that," added Grayson. "We'll go and pick the best XI at Grace Road to go and win that game."