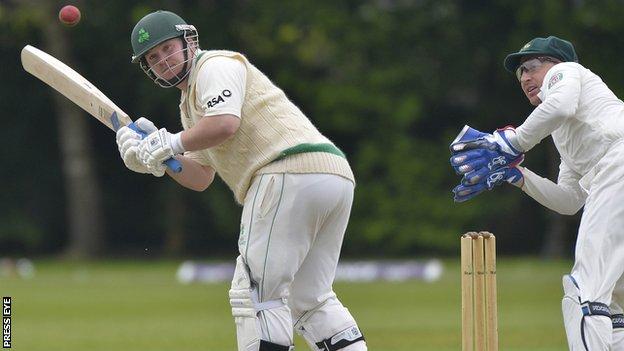 A thrilling climax is in store at Stormont as Ireland chase a victory target of 301 set by Australia A.

The Irish reached 51-3 at the close of a dramatic day's play which saw the game move on a rapid pace after a rain-hit Saturday in Belfast.

Australia declared their first innings on 312-9 before Paul Stirling hit 115 as the hosts declared at 186-4.

Stirling's impressive knock of 115 came from 142 balls while Andrew White chipped in with an unbeaten 40 in Ireland's first innings.

Maddinson's superb 113 was backed up by an unbeaten 56 from fellow opener Alex Doolan.

After three declarations in the day it was left to the hosts to start their chase of 301 runs from 114 overs.