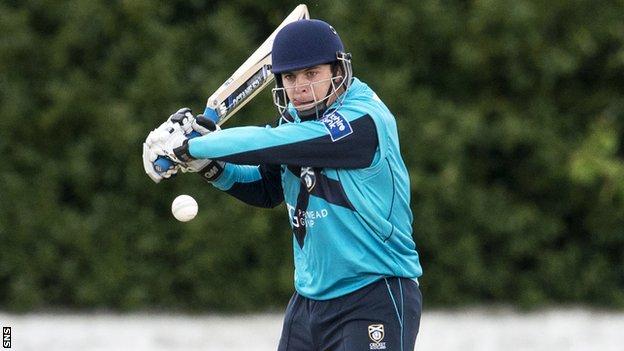 Durham took less than 13 overs to complete a crushing seven-wicket YB40 win over Scotland at Chester-le-Street.

The Saltires were all out for 91, using a little over half of their allotted 40 overs in a miserable batting performance.

Overseas player Tom Latham was the only batsman to offer any resistance, with the New Zealander scoring 30.

Five Scottish batsmen were dismissed without scoring as the hosts eased to a one-sided victory.

Graham Onions, Mark Wood and Paul Collingwood each took three wickets, with the latter cleaning up the tailenders with just nine deliveries.

Mark Stoneman was Durham's highest scorer with 22 , with Collingwood and Ben Stokes not out on 14 and 17, respectively.