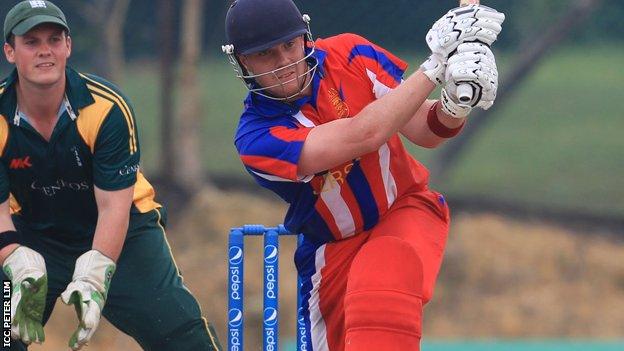 Ed Farley hit a six and four in the final over to give Jersey a dramatic three-wicket win over the Club Cricket Conference (CCC) with a ball to spare.

An opening stand of 91 from skipper Peter Gough and Paul McCafferty gave Jersey a positive start, but they still needed 11 from the final over.

But Farley (89) stood up to the pressure to guide his side home.

The match, at Three Bridges in Sussex, was a warm-up for Jersey ahead of two international tournaments next month.

The islanders will compete in European T20 Division One before hosting World Cricket League Division Six.