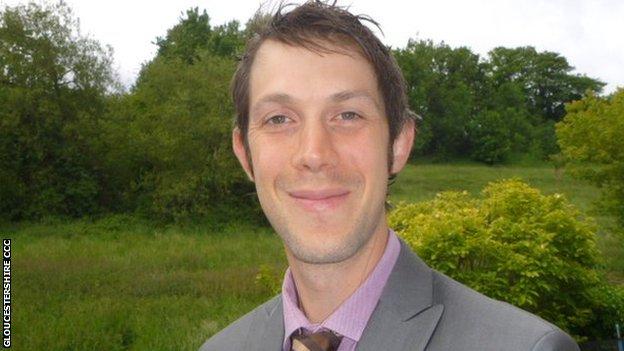 Gloucestershire have appointed betting company boss Will Brown as their new chief executive.

The 37-year-old lifelong Gloucestershire supporter will move to the club from online firm Betfair.

Brown will replace Tom Richardson, who will leave the club at the end of August having been in charge for 12 years.

"I am absolutely delighted to be joining Gloucestershire at such an exciting time for the club," he said.

Brown has been part of Betfair's UK and Ireland management team since 2008, running their sponsorship of Test match grounds as well as the company's partnerships with the England & Wales Cricket Board and the Professional Cricketers' Association.

Before working there, he held positions at the Lawn Tennis Association and website Cricinfo.

He will take up his post at the Division Two County Championship club on 2 September, said: "With the new ground and all the hard work from Tom Richardson and his team, the future looks bright and I look forward to helping develop this success both on and off the field."

Gloucestershire chairman Roger Cooke said: "I am very pleased that Will is taking over at such an exciting time for the club.

"His arrival will coincide with the opening of our rebuilt Bristol Pavilion and all the commercial and membership opportunities that will represent."