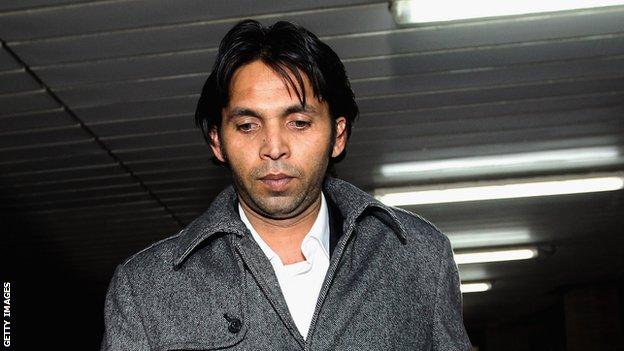 Pakistan fast bowler Mohammad Asif has lost an appeal against his spot-fixing conviction.

Asif, 30, plus fellow paceman Mohammad Amir, 21, and ex-Pakistan captain Salman Butt, 28, were found guilty of being part of a betting scam in 2011.

Judges at the Court of Appeal in London declared they were "not persuaded" to overturn the ruling in regards to Asif.

The trio are all serving five-year playing bans, handed to them by the International Cricket Council (ICC).

Asif was released from jail in May last year after serving half of a 12-month sentence. He is banned for seven years, two of which are suspended.

Butt was jailed for 30 months after being found guilty of performing a key role in the scheme in which illegal payments were made to deliberately bowl no-balls during the Lord's Test against England in August 2010.

He is banned for 10 years by the ICC, with five years of that ban suspended.

In April, both Butt and Asif lost their appeals at the Court of Arbitration for Sport (Cas) to have their bans from cricket overturned.

Amir, who was 18 at the time of the offence, was banned for five years and sentenced to six months in a young offenders' institution. He did not appeal against his ban.