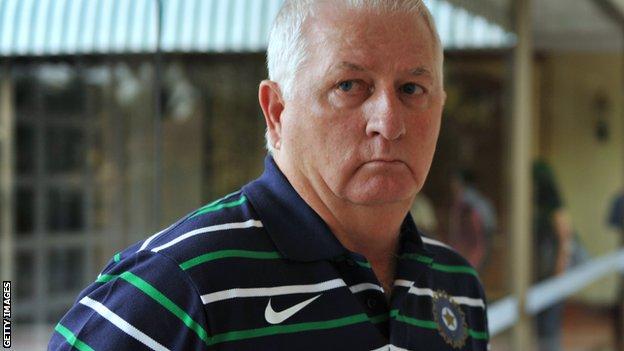 India coach Duncan Fletcher will fly home to South Africa following the death of his mother.

Fletcher was in attendance as India beat West Indies by eight wickets at the Kia Oval on Tuesday.

A spokesman for the Board of Control for Cricket in India confirmed he will return to Cape Town.

Fletcher will fly back for his team's final Champions Trophy group game against Pakistan on Saturday with India already qualified for the semi-finals.

Shikhar Dhawan hit his second century in a row as India beat West Indies to book their place in the Champions Trophy last four.

India's victory at The Oval eliminates Pakistan from the tournament.