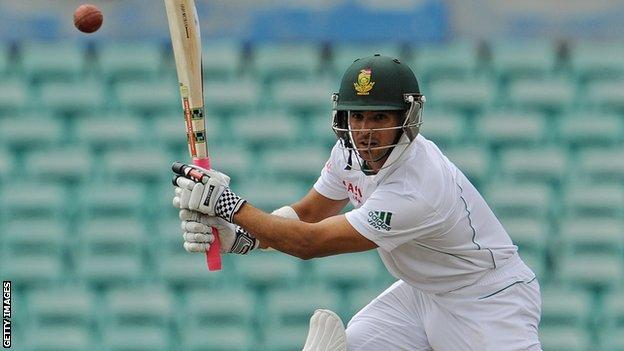 Surrey have signed South Africa batsman JP Duminy on a contract for the final two months of the season.

The 29-year-old will arrive at The Oval in August following South Africa's tour to Sri Lanka.

He is currently involved in the ICC Champions Trophy after recovering from a ruptured Achilles tendon.

"I am really chuffed to have signed with a great club like Surrey. After my long lay-off I just want to play," he told the club website.

Duminy, who also bowls occasional off-spin, will replace Ricky Ponting as the club's overseas player as the former Australia captain was only signed as cover for Graeme Smith for June and July.

However, Surrey skipper Smith has been ruled out for several months with an ankle injury and it now appears unlikely that he will play again for the club this summer.

Duminy will be available for Surrey's final six Championship games, the end of the YB40 and, should they qualify, the knockout phase of the FL t20 competition.

It will be the first taste of county cricket for a player who has appeared in 17 Tests, 97 ODI's and 42 Twenty20 games for South Africa since making his international debut as a 20-year-old in 2004.

He has also appeared in the Indian Premier League for the Deccan Chargers, Mumbai Indians and Sunrisers Hyderabad.

Duminy joins a Surrey side that are yet to win in this season's County Championship, but were encouraged by earning a draw against Warwickshire after following-on.

"The way we dug-in against Warwickshire can really kickstart some form.

"The points system is such that it really does not reward the performance, but the boys showed great character and that's all I can ever ask."