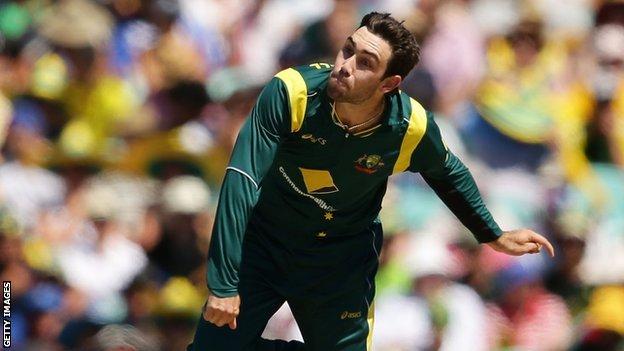 The 24-year-old, who bowls off-spin, has played nine Twenty20 internationals and was part of the Hampshire squad that won last year's FL t20.

Maxwell has also represented Melbourne Renegades and Melbourne Stars in the Big Bash and the Mumbai Indians in the Indian Premier League.

He is currently available for Surrey's first seven matches.

A decision on whether he plays any further part in the competition will hinge on him not making the Australia A squad to be announced next month.

Surrey team director Chris Adams said: "Glenn is one of the most exciting T20 players in the world and we are looking forward to him joining our squad for this year's competition."