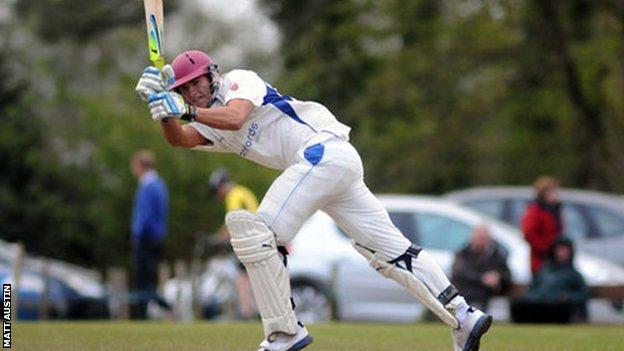 Devon's director of cricket says their one-day win over Cornwall has given them belief for the upcoming re-match in the Minor Counties championship.

Cornwall topped their group while Devon were knocked out, but did

"It's good from the confidence perspective," Keith Donohue said.

"However it's a completely different competition and it's a new day," he told BBC South West Sport.

They beat us in the one-day game, but we've gone through and they haven't so I'm not too concerned about that

Donohue's squad knows the importance of a good start, having effectively been knocked out of the MCCA Trophy following defeats by and in their opening games.

"You hear a lot of sports people talk about momentum and, whether we like it or not, I think it is quite a key factor.

"The one-day competition, we finished strongly, but because we started poorly we're out," he said.

"It heightens the need in this competition for us to try and get a decent start. Hopefully, we'll grow and get stronger as the competition goes on, but we'll have to hit the ground running if we can."

Devon will take on Cornwall without opening batsman James Burke, who has been called up by Somerset.

Burke hit 84 against the Duchy at Redruth last month and has an average of 40 this season.

Meanwhile, Cornwall team manager Godfrey Furse says he is not worried about his side's loss to Devon last month.

"They beat us in the one-day game, but we've gone through and they haven't so I'm not too concerned about that.

"Whoever Devon bring in they're normally decent players, you don't get too many bad cricketers in the minor counties

"But we're not too concerned about what they've got, we've got to play well ourselves and then things will look after themselves," Furse told BBC Radio Cornwall.