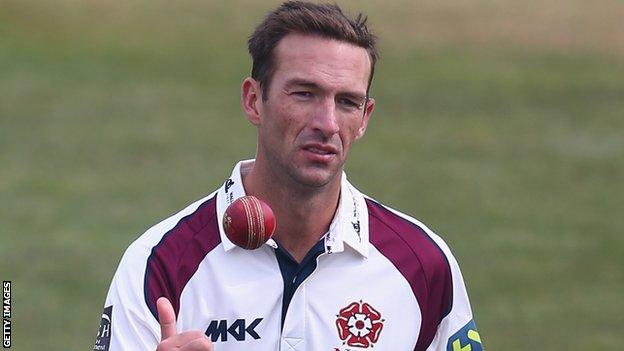 Northants stretched their lead at the top of the Division Two table with an emphatic win over Worcestershire on the third morning at Wantage Road.

Trent Copeland took three wickets in 10 balls for figures of 6-41 as the visitors were all out for just 125.

It gave the Australian match figures of 9-92, while Worcestershire's Moeen Ali was left high and dry on 44 not out.

Northants only needed to score eight runs, Kyle Coetzer wrapping up a 10-wicket win with a six off Jack Shantry.

It was the county's fourth win in seven games, the other three having ended in draws, and the points gained moved them 44 clear at the top.

Moeen, who also top scored in their first innings with 79, proved the individual bright spot.

The only other consolation for Worcestershire was avoiding an innings defeat and collecting three points that were enough to lift them above Lancashire into second.

He was denied his best figures for the club, however, as David Willey picked up the last wicket when last man Alan Richardson was caught in the gully by James Middlebrook.

"A fourth win in seven games for Northants, who have Trent Copeland to thank once again.

"The Australian heads home after this game, having taken three of the four required wickets on the third morning as Worcestershire were bowled out inside 45 minutes.

"Although the leaders are 44 points clear of the rest, their main challenge now is to manage without Copeland, who has taken 36 first-class wickets and averages nearly 50 with the bat."