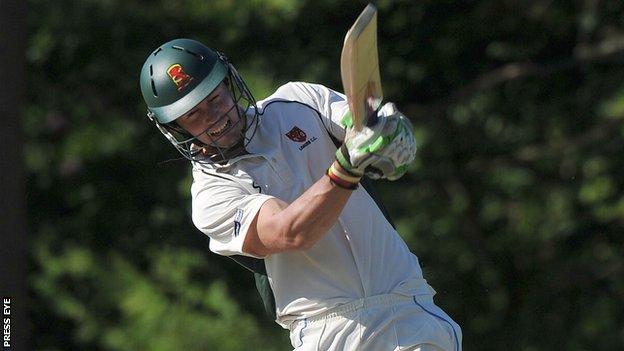 Waller's decisive knock included 22 in an over off Stuart Thompson as the victory was secured after just 47 minutes of the final day.

The former Zimbabwean Under 19 player, who plays club cricket for Lisburn, settled his team mates nerves after the early loss of Thompson.

That left the total on 110 for 6, with 48 still needed for the win, and Shannon's innings edged the Knights closer to their target.

Shannon had reached 49 from 123 balls before driving Kamran Sajid loosely to Scott Campbell at point with just 12 needed.

There was to be no late heroics though from the Warriors as Waller scored 14 runs from the next five deliveries bowled by Andrew McBrine to complete the win.

A competitive game in which the bowling was always on top of the batting, with the Warriors paying the ultimate price for their first innings performance which left them with too much to do.

The next game in the series is the T20 Trophy at Pembroke on Friday 21 June.