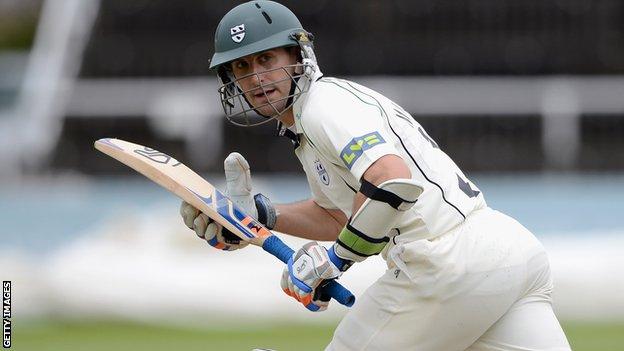 Skipper Daryl Mitchell is hoping Worcestershire maintain their batting form in the Championship after two YB40 wins in three days.

Mitchell has scored 309 runs from his last three innings, including 92 in Monday's win over the Netherlands in Rotterdam.

"I was pleased with the way we batted in Holland," he told BBC Sport.

"Every win's a good win. But it was pleasing to see Alexei Kervezee hit 81, so he's coming back into form.

Mitchell added: "We were excellent with our bowling at the death, which is an area where we've struggled."

Worcestershire have made one change for this week's Division Two County Championship clash against Northants.

All-rounder Aneesh Kapil, who made a useful 42 in Saturday's YB40 win over Warwickshire, comes in for Neil Pinner.

After being denied by the weather against Essex in their last rain-ravaged Championship last week, Worcestershire's trip to Wantage Road for the four-day game which starts on Wednesday offers the chance to avenge their last defeat, by Northants in the YB40 at New Road on 26 May.

Since then, victories over Warwickshire and the Netherlands have transformed their qualifying hopes in the one-day competition, lifting them to fourth in the Group A table, while, in the Championship, they stand a place higher in third.

Wolverhampton-born Kapil, 19, will be making his first County Championship appearance since last September.