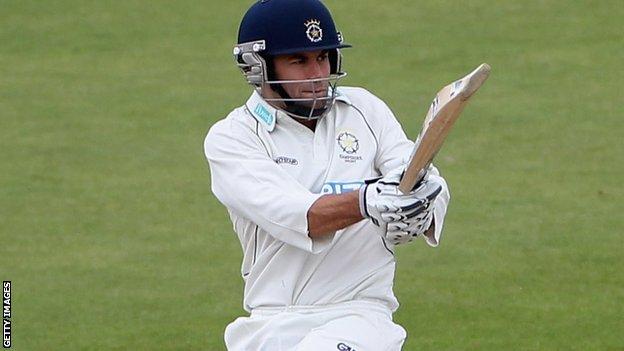 Neil McKenzie hit an unbeaten 85 in his first match of the season to put Hampshire in a good position on day one against Kent at Southampton.

Skipper Jimmy Adams made 60 as the hosts eventually closed on 265-4.

Kent off-spinner Adam Riley, deputising for skipper James Tredwell, who is on England duty, was the pick of Kent's bowlers with figures of 3-59.

"At long last glorious weather. With that forecast for all four days this game is set up to go the distance after both Kent and Hampshire stood toe-to-toe in what promises to be an absorbing contest of cricket on the evidence of the first day.

"Every time Hampshire threatened to get away the Kent bowlers pulled them back. Darren Stevens was his ever willing best and Adam Riley, in the side following Tredwell's England call-up, bagged three wickets as Kent exerted a stranglehold in the afternoon.

"Kent couldn't make further inroads after tea largely thanks to the patience of Hampshire's Neil McKenzie, who did enough to shade things Hampshire's way by close on day one.

"But the visitors will be hopeful that day two will bring rewards for their measured approach."