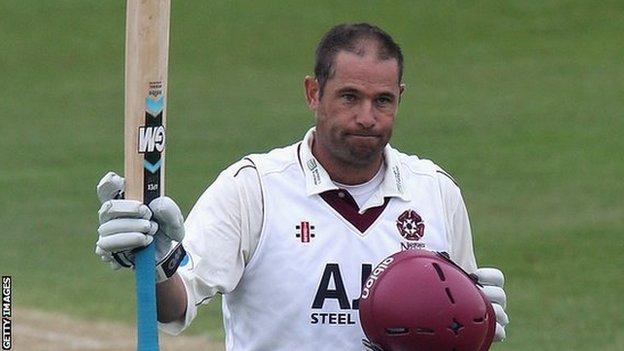 Reduced to 172-7, Northants were indebted to Hall's battling 130 not out as well as a fine rearguard effort.

Australian Copeland's remarkable form sees him averaging 55.33 with the bat and with 27 wickets at 18.25.

"This game was always going to meander through to a dull draw but it leaves Northants still clear on top of Division Two.

"Much needed light relief at the end of a rather long day."