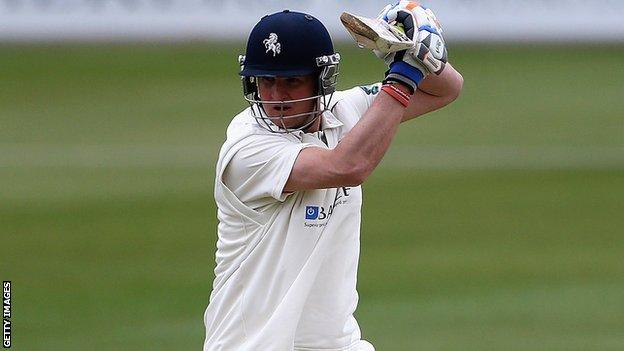 Robert Key and Brendan Nash both hit centuries for Kent as bat dominated ball on the final day of their draw with Leicestershire at Tunbridge Wells.

Resuming their stand of 145, Nash made an unbeaten 128 while Key's 106 gave him back-to-back tons following his 144 against the Netherlands.

But Greg Smith and Ned Eckersley each made 65 not out for the visitors as they finished on 139-1.

"Despite the fireworks from Darren Stevens' 58-ball 97 in the morning to set up an unlikely first championship win of the season, Kent couldn't topple the Leicestershire batting after lunch and had to settle for the draw at Tunbridge Wells.

"An early wicket after lunch seemed to have set them off on the front foot but once Eckersley (dropped first ball) and Smith saw the shine off the new ball they settled in to resist temptation and the Kent bowlers."