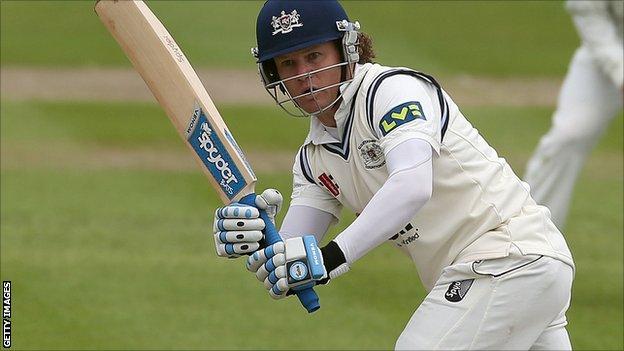 Gloucestershire just survived a Lancashire assault which came down to the last ball for a remarkable draw on a nail-biting final day at Liverpool.

With two balls to go and eight wickets down Graeme McCarter was caught out to leave a nervous Liam Norwell needing to survive the final ball which he did.

The main resistance came from Hamish Marshall who had earlier batted for 206 deliveries for 44 but was left disconsolate when he was removed.

But the tail just did enough to draw.

Lancashire were dismissed for 270 leaving Gloucestershire needing to bat through 99 overs or reach the 358 target.

But number nine McCarter's one off 42 and number 10 Ed Young's two off 23 ensured their side ended on 173-9 to deny Lancashire after a great day's cricket.