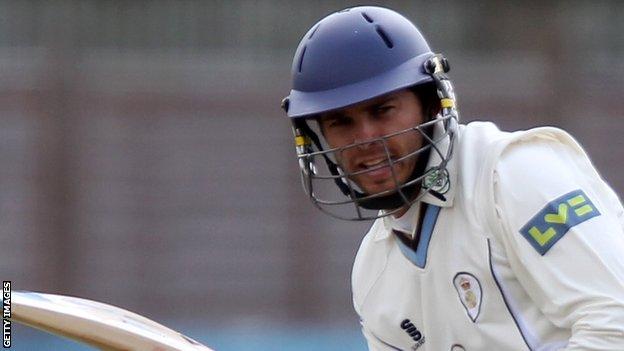 Greg Smith hit an unbeaten half century as Leicestershire fought back on a weather-affected day at Grace Road.

Having flopped to 142 all out at the end of day two, still 300 in arrears, the hosts were forced to follow on.

Smith (62 not out) and Michael Thornely (43) shared a stand of 93 for the first wicket before the latter fell to Glamorgan's Michael Reed (1-13).

"It was a frustrating day for the spectators, and even more so for Glamorgan as more than 54 overs were lost to rain.

"Leicestershire batted with far more determination in their second innings, but Greg Smith was dropped twice and his partner Ned Eckersley was also reprieved when he was put down at first slip before he had scored.

"If Glamorgan are to have any chance of winning this game they will hope for better weather and also for better fielding."