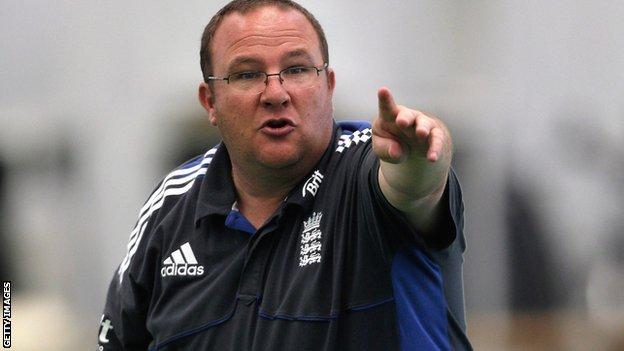 Mark Lane has resigned as the head coach of England women's team.

The 45-year-old took charge in 2008 and led England to victory in the World Cup, World Twenty20 and a successful Ashes defence in the following year.

But England have failed to win a major trophy since, losing the Ashes in 2011 and failing to make the final of this year's World Cup in India.

"I believe now is the right time for the players and staff to work with a new head coach," said Lane.

"Likewise, it is the right time for me to seek new challenges.

"I have had five privileged years in the role and can look back on a period of significant success. 2009 was undoubtedly the highlight - two wins in ICC global events as well as retaining the Ashes."

"We are all grateful for the time and expertise Mark has invested in England women's cricket and we wish him all the very best for the future."

England's last major trophy, the 2009 World T20, was secured with a six-wicket win over New Zealand at Lord's.

However, England failed to get past the group stage of the 2010 tournament in the Caribbean and lost to Australia in the 2012 final in Sri Lanka.

The defence of the World Cup they won by beating the Kiwis in Sydney in 2009 was also a disappointing one, as England were beaten by minnows Sri Lanka and eventual winners Australia in going out at the Super Six stage.

Charlotte Edwards's side will have the chance to regain the Ashes when Australia visit England for a revamped series this summer.