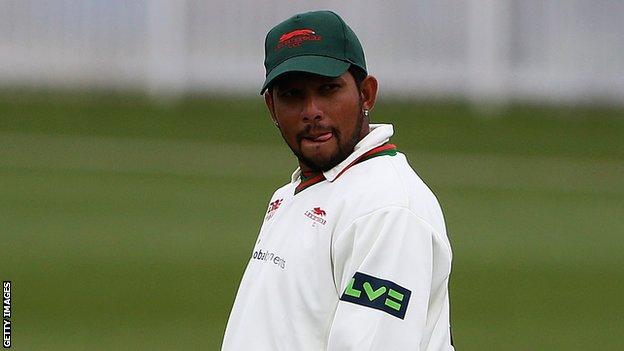 Ramnaresh Sarwan made a sterling 79 as Leicestershire drew with Worcestershire in Division Two at New Road.

And shortly after the hosts surpassed the total on 61-1, the match was drawn.

After losing effectively a day's play to rain, the draw between the division's bottom two teams appeared inevitable.