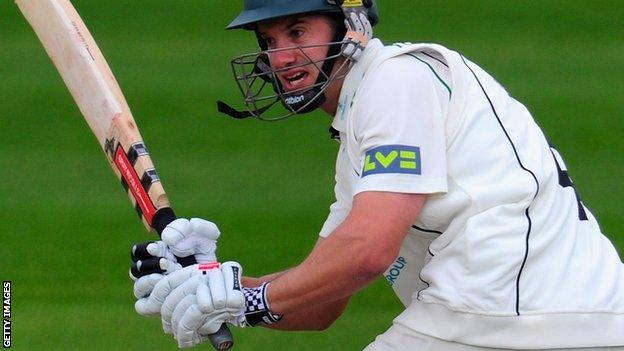 Gloucestershire captain Michael Klinger hit his second Championship century as they moved into a strong position on day three against Hampshire.

Opener Jimmy Adams was left high and dry on 138 not out when last man James Tomlinson fell to Craig Miles (4-83).

Hampshire captain Adams batted for just a couple of minutes under six hours and faced 269 balls, but only Danny Briggs, who made 54, provided the support he needed.

The home side, meanwhile, could only be delighted by the performance of 18-year-old Miles, with Will Gidman out of the attack after suffering an ankle injury on the opening day.

"Although a draw seems the likeliest result, if Gloucestershire continue to bat with the same momentum on the final morning, they could set the visitors a target in the afternoon.

"Michael Klinger scored his second successive century in the Championship and he was well supported by Chris Dent, Dan Housego and Alex Gidman.

"How Gloucestershire must still be rueing their failure to knock over Hampshire's tail - those extra runs could well deny a home victory."