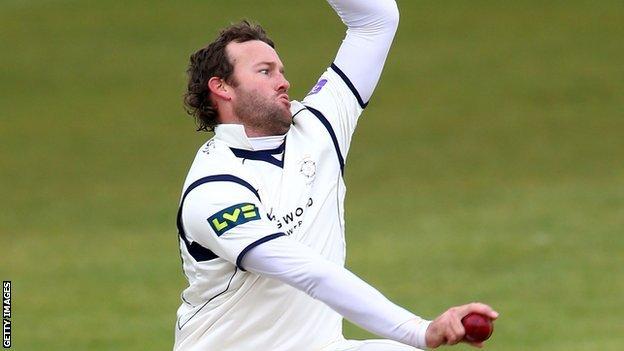 All-rounder Sean Ervine starred with bat and ball to give Hampshire the edge after 15 wickets fell on day one of their clash with Essex at Chelmsford.

After David Masters (4-29) had done the early damage, Ervine (60) struck the only half century of the day as Hampshire were dismissed for 197.

He then took two wickets in three balls as Essex slumped to 52-5 in reply.

But England captain Alastair Cook stood firm with an unbeaten 25 to help steer the hosts to 72-5 at the close.