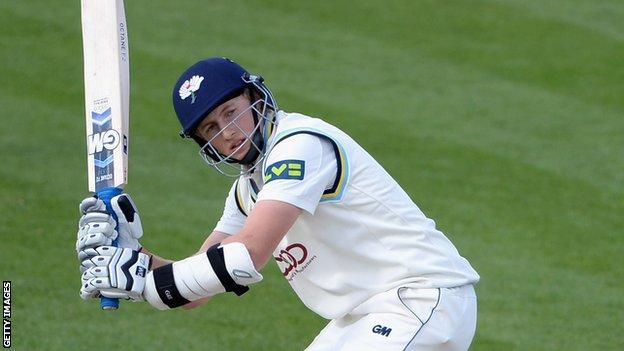 Joe Root showed his England worth as an opener with a huge century which took Yorkshire to an unlikely four-wicket Division One win over Durham.

Yorkshire achieved the rare feat of victory after their opponents declared, thanks mainly to Root's 182.

Resuming on 17-0, 336 to win looked a long way off, but a host of batsmen chipped away at the total - Adil Rashid finishing the job with 50 not out.

But despite being bowled with one run needed to win, Root was the real hero.

The 22-year-old shared stands of 80 with skipper Andrew Gale, 59 with Jonny Bairstow, 72 with Gary Ballance and 101 with Rashid.

By the time he was bowled by Callum Thorp with one run for victory required, Root had faced 283 balls in more than six hours at the crease and scored 22 fours.