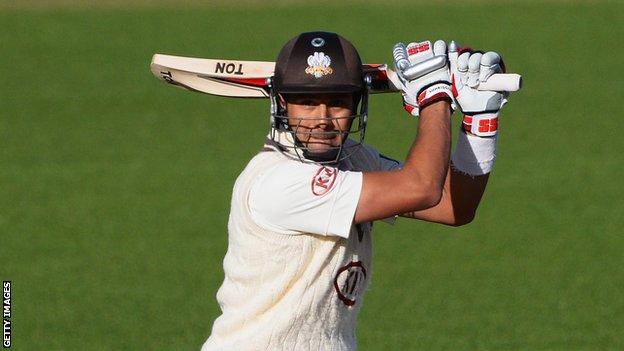 Surrey batsman Vikram Solanki impressed on the final day against Sussex but both sides had to settle for a draw.

That brought Solanki (87) to the crease, who alongside Gary Wilson (60), saw the hosts move past Sussex's total.

However the captain's shook hands for the draw with Surrey on 308-5.

Having scored two and three in his first two Surrey innings, Smith might have felt some nerves at the start of the day but was fluent in reaching his half-century.

Along with first-innings centurion Wilson, the pair frustrated the Sussex attack straining to force the win and reduced the deficit to 59.

Wilson reached his 50 to complete a fruitful match along with Solanki who was imperious until falling to double-centurion Luke Wells (2-44).

But the game had descended into a draw by that point as Steve Davies (27 not out) and Jason Roy (16 not out) batted out the final overs.