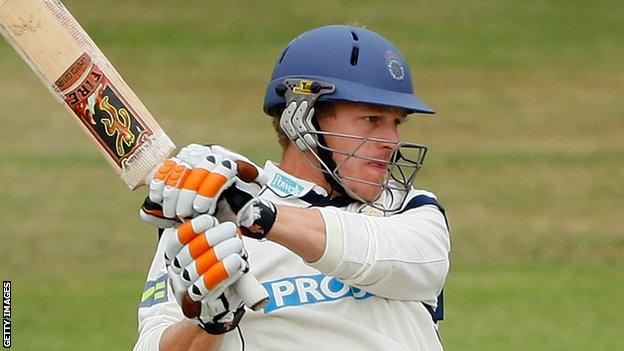 An unbeaten double century from Jimmy Adams put Hampshire into a commanding position on day two at Southampton.

The hosts resumed day two on 367-6 with captain Adams and Chris Wood adding 80 before the latter fell to Daryl Mitchell for the day's first wicket.

Adams went on to make his third career double ton, finishing with 219 not out as Hampshire declared on 500-9.

Off-spinner Ali had earlier taken the wicket of Danny Briggs to finish with bowling figures of 4-103.

However, the day will belong to long-serving Adams, who made the best post-war total by a Hampshire captain in Southampton.

"Hampshire were dominant and Worcestershire will have to bat a lot better to even take the game into a fourth day.

"Hampshire's seamers bowled better than the Worcestershire quartet on a wicket with not much in it. They simply bowled a better line and length than Worcestershire did.

"Adams' double century was a model of concentration as he waited for the bad ball, and there were a few of those."