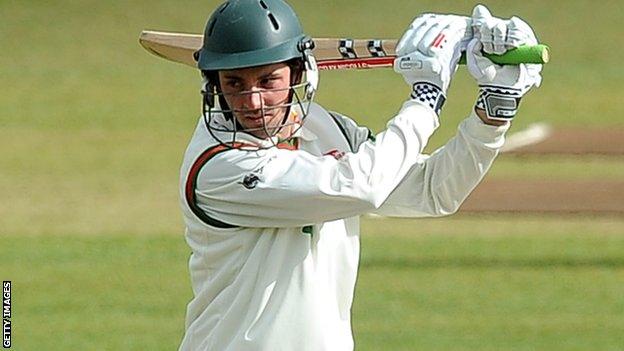 Determined batting by Ned Eckersley and a little help from the weather enabled Leicestershire to take the game against Hampshire into a final day.

Having had to follow on 311 in arrears, the prospects were not good for the visitors at the Ageas Bowl.

They were reduced to 95-4 but 23-year-old Eckersley stood firm, hitting 13 boundaries in an excellent innings.

Brief weather interruptions meant only 72 overs were possible but, despite a good start, the Hampshire attack were unable to force a victory with a day to spare.

Left-arm spinner Danny Briggs was their most successful bowler, taking 2-34 - including the wicket of Joyce, who was caught by Chris Wood.