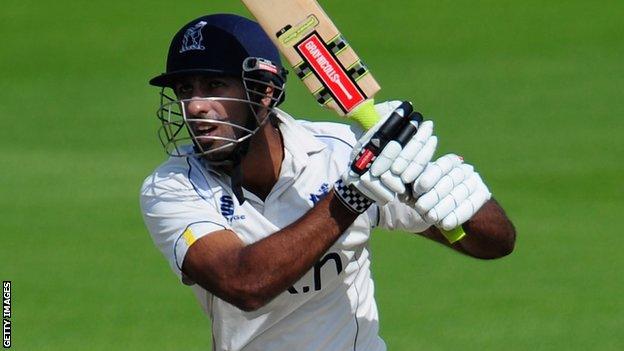 Warwickshire's hopes of starting their Championship title defence with a win virtually disappeared after another rain-affected day against Derbyshire.

After Friday's wash-out, only 24 overs were possible as the Bears advanced to 90-0, replying to Derbyshire's first-day total of 226.

Varun Chopra made 48 off 87 balls and Ian Westwood reached 31 not out.

Warwickshire's main goal, however, on day four will be to maximise batting bonus points, weather permitting.

After a dismal morning, play was eventually due to start at 15:00 BST but another brief shower put play back for half an hour.

Once under way, Chopra again looked in good touch, having hit 163 against the MCC in Abu Dhabi last month, collecting nine fours including a cover drive off Wes Durston from the last ball of the day.