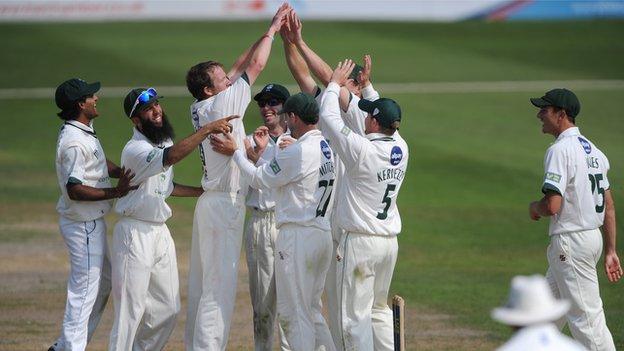 Lancashire and Worcestershire will reawaken memories of last year's miserable summer when they meet at Old Trafford on Wednesday to help get the new county cricket season underway.

The head-on meeting of last season's two relegated clubs is one of the games of the day in the County Championship.

Lancashire are without their two former Worcestershire players Stephen Moore and Kabir Ali, out after knee surgery.

The Sri Lankan's first game in English county cricket is expected to come in the same game as a debut for Lancashire's winter signing, all-rounder Wayne White.

Worcestershire might have ended up bottom of the pile last summer, winning just one game, but they also played a major part in taking Lancashire down with them.

It was their 205-run win at Old Trafford in mid-July, in which Moeen Ali took a career-best match haul of 12-96, that accelerated the reigning county champions' fall from grace.

And, when the sides met again at New Road a month later, Lancashire crucially could only pick up one batting point from a rain-affected draw.

They also hammered the Red Rose well inside two days at New Road in September 2011, with Alan Richardson taking match figures of 8-54, less than three weeks before Lancashire were crowned county champions.