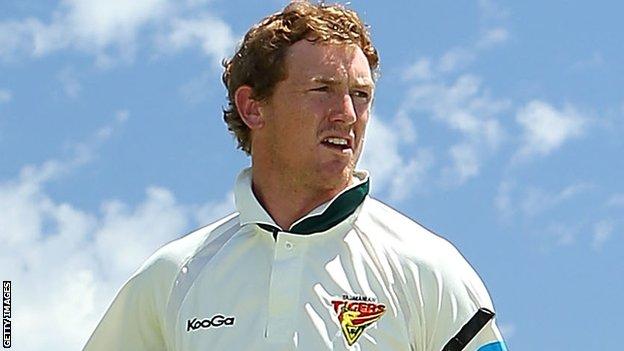 George Bailey staked an early claim for a place in Australia's Ashes squad as Hampshire recovered from a bad start on the opening day against Leicestershire.

The hosts found themselves on 0-2 as captain Jimmy Adams and Michael Carberry both departed for ducks.

But Bailey shared a stand of 141 with Liam Dawson (46) before being stumped off seamer Ollie Freckingham for 93.

Having put the home side in, Leicestershire gained immediate reward as Alex Wyatt bowled Adams in his opening over and veteran swing bowler Matthew Hoggard had Michael Carberry caught behind as he prodded defensively.

However, Bailey, whose Ashes claims have been championed by recently retired Australia Test star Michael Hussey, responded to adversity.

He hit 14 boundaries, his positive approach matched by Vince and Ervine in their unbroken partnership until bad light forced the players from the field.