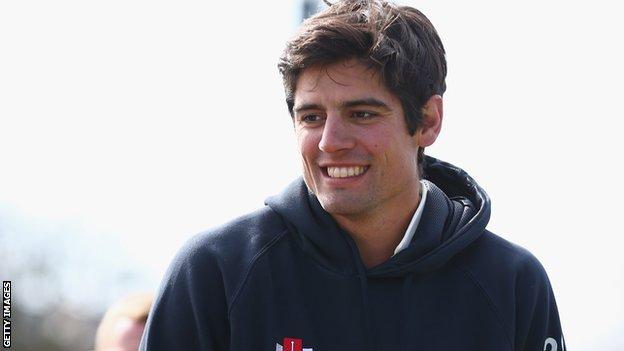 England captain Alastair Cook says Australia's Test whitewash by India will have no bearing on the Ashes.

Australia lost 4-0 in India on a tour that saw four players dropped for disciplinary reasons.

They will face England in 10 Tests over the next 10 months.

"I wouldn't read too much into what happened in India - the conditions are very different to what we'll experience here and when we go back over to Australia," said Cook, 28.

England, who triumphed 2-1 in India before Christmas, host Australia in five Tests this summer, starting on 10 July at Trent Bridge.

Cook's side then fly down under in October to prepare for a five-Test series starting on 21 November and ending on 3 January, 2014.

And Cook warned that the Australians would be a different side after back-to-back defeats in the 2009 and 2011 Ashes.

"They're going to be a very tough side to beat, make no mistake about that," he said.

"They've got some world-class players and the Ashes is a unique event. Hopefully it will bring the best out of both sides."

Australia have slipped to fourth in the International Cricket Council's Test rankings while England remain second after holding on for a 0-0 draw in New Zealand.