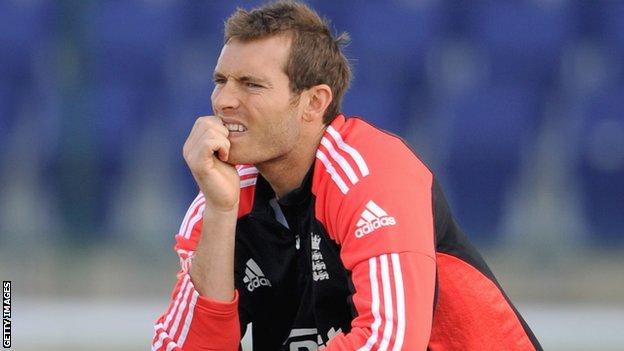 England have named their Performance Squad for the summer, with Surrey paceman Chris Tremlett the only player not to have featured in an England squad in the past 12 months.

There are few surprises in the EPS, which comprises centrally contracted players and other potential selections.

The 30 players will provide the basis of the teams picked by England in 2013.

England entertain New Zealand and Australia this summer, and will also host the ICC Champions Trophy.

Tremlett, who last featured for England in January 2012, missed most of last year after having back and knee surgery.

The EPS includes two limited-overs specialists who are currently out of favour - all-rounder Ravi Bopara, who was dropped following the ICC World Twenty20 last October, and wicketkeeper Craig Kieswetter, who lost his place during January's one-day series in India.

Pace bowler James Harris, called into the limited-overs squad during the winter, is the only player in the 30 who is uncapped in all three formats.

Also included are seamer Tim Bresnan and first-choice spinner Graeme Swann who are both recovering from elbow surgery.