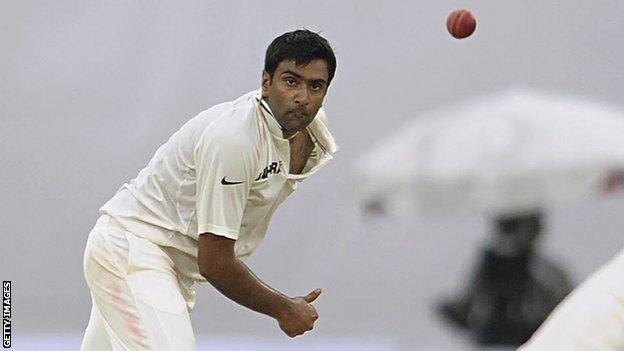 Australia's hopes of avoiding a series whitewash in India are in serious jeopardy after they slumped to 231-8 on day one of the fourth Test in Delhi.

Australia made a solid start with the bat but crumbled from 106-2 to 136-7 as Ravichandran Ashwin took four wickets.

Only Peter Siddle's highest Test score of 47 not out spared them the ignominy of being bowled out inside a day.

Australia were captained by the returning Shane Watson after Michael Clarke's back injury ruled him out.

Watson, the regular vice-captain, was among four players after failing to provide a presentation to coach Mickey Arthur on team strategy.

In their absence, Australia lost the third Test in Mohali by six wickets to go 3-0 behind in the four-match series.

Seeking to salvage some pride in Delhi and stifle the sniggers from England ahead of back-to-back Ashes, Australia won the toss and chose to bat but soon saw David Warner depart for nought after nicking Ishant Sharma to Virat Kohli at second slip.

Phil Hughes struck 10 fours in a breezy 45 before chopping a short ball from Sharma onto his stumps.

Watson and opener Ed Cowan saw Australia through to 94-2 at lunch but then India's spinners took control.

Ashwin bowled Cowan round his legs for 38 and Ravindra Jadeja had Watson stumped by Mahendra Singh Dhoni for 17.

The spin duo shared the wickets of Matthew Wade, Glenn Maxwell and Mitchell Johnson in quick succession to leave the tourists in trouble.

Steve Smith and Siddle repaired some of the damage with a 53-run partnership for the eighth wicket to take Australia to 197-8 at tea.

And, after Smith had edged to debutant Ajinkya Rahane to give Ashwin his fourth wicket, Siddle found a useful ally in James Pattinson as the duo battled through to stumps.